November 24, 2021
Denzel Washington ’s Frank Lucas in Ridley Scott ’s American Gangster is exactly that: an American gangster. The real Frank Lucas was born in North Carolina so dirt poor that he never even attended school. But he could have taught at any business college. His success is the American dream, and he has a lot to be grateful for. Washington’s Lucas is also a traditionalist in the 2007 crime epic, and he celebrates Thanksgiving “the American way.” He throws a family feast, leads his family in grace, and gives out turkeys to the needy and the greedy. After an introductory and incendiary business lesson, American Gangster opens on Thanksgiving. Harlem Godfather Bumpy Johnson (Clarence Williams III) is standing on the back of a freight truck, giving out turkeys to the less fortunate. The crowds are cheering, and he calls Frank over bask in the loving spotlight. His young protégé demurs, allowing his boss to be the sole beneficiary of the mass gratitude for this act of beneficence. This ti
Post a Comment
Read more

November 24, 2021
New photos and videos from the set of HBO’s upcoming adaptation of The Last of Us focus on Joel and Ellie as the two explore the series’ “University” set and recreate an iconic moment from the 2013 video game that the show will (mostly) follow. Towards the end of The Last of Us game, Joel and Ellie arrive at the University of Eastern Colorado. They believe that is where the Fireflies are currently stationed, but soon discover that the Fireflies have abandoned that location and have moved their operations to Salt Lake City. As they work their way through the campus, though, they discover that it is not nearly as abandoned as they initially thought it was. The entire campus sequence is one of The Last of Us ‘ greatest “levels,” but it’s arguably best remembered for the shots of Joel and Ellie riding through the campus on a horse. Not only does that visual carry quite a bit of narrative and emotional weight, but it helps sell the state of the game’s world and how the series emphasize
Post a Comment
Read more

November 24, 2021
This Hellbound article contains MAJOR spoilers for both the Netflix series and Train to Busan . While the tradition K-drama model is a one-and-done format, with one full story spanning an entire season and coming to a definitive conclusion, Hellbound feels different. The Netflix series ends on a massive cliffhanger that puts all of the supernaturally driven deaths that took place over the course of the first season in a new light. I’m referring, of course, to the apparent rebirth of Park Jungja. In the first season’s final moments, the woman and mother who died at the hands of the terrifying monsters apparently sent by God is brought back to life in the place that she died. Let’s discuss the possibility of a second season, and how Park Jungja’s story must be at its heart… The Likelihood of Hellbound Season 2 While there has yet to be an official announcement from Netflix regarding Season 2, it is very telling that Hellbound ‘s first season ends on a cliffhanger, creating more
Post a Comment
Read more

World - From The Fly to Disney+: Jeff Goldblum’s Lifelong Love of Movie Monsters

November 24, 2021
Jeff Goldblum is standing in a hall of masks in San Dimas, California when he’s taken back. How could he not be? Everywhere he looks, on each shelf and behind every sales rack, there is another row of ghoulish faces staring back at him. Some have rubber fangs, others a latex eyeball, and then there’s that wolf-man get-up over there. At the time, Goldblum’s filming the opening segment for his latest episode of The World According to Jeff Goldblum , a streaming documentary series courtesy of Nat Geo and Disney+. Yet, simultaneously, he’s also being transported back to childhood and career obsessions. Like everyone else visiting the Immortal Masks shop that day, Goldblum loves monsters. But unlike those other fine folks, he’s actually played one of the most famous monsters ever unleashed on cinemas: the grotesque Brundlefly in David Cronenberg’s 1986 version of The Fly . So in spite of hosting an otherwise wholesome family series on a Disney streaming service, the actor must still sn
Post a Comment
Read more

World - Hanna Made the Right Choice in the Season 3 Ending 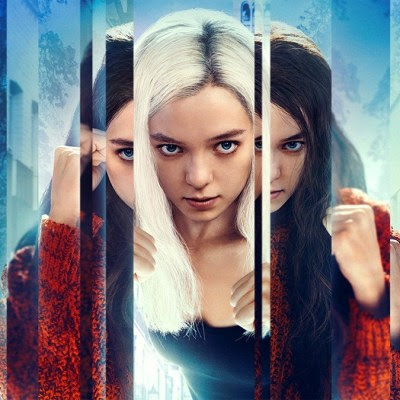 Warning: contains spoilers for the Hanna season three finale. At some point on the drawing board for the  Hanna   season three finale, there was perhaps a version of the ending in which Hanna, her assassination-target-turned-lover Abbas and his six-year-old daughter Nadiya enjoy a sun-kissed moment at a coastal Mediterranean villa with whitewashed walls and a garden planted with orange trees and grape vines. That was the fantasy Hanna and Abbas created after spending their first night together in the safe house where he was hiding from Utrax assassins.  Instead, the season three finale had Hanna say goodbye to Abbas and Nadiya at Vienna airport, ushering them towards CIA white-hats Carl and Terri to receive their new identities and government protection. Abbas reminded Hanna about their shared fantasy future but she told him that she couldn’t go with them. She had to begin again somewhere nobody knows her to escape everything that had happened. “Maybe one day, you’ll have escaped
Post a Comment
Read more

November 23, 2021
Hellbound is an interesting speculative fiction piece in that, while it initially presents its central conflict as one between humanity and something supernatural and/or divine, it is actually much more ambitiously interested in exploring the very human reactions and systems that spring up as a result of the supernatural phenomenon. That being said, there are still monsters in this show, and therefore we still have many questions about what they might be—especially given that, by the first season’s conclusion , we still don’t have any in-world conclusions. That means we have to extrapolate some conclusions from the evidence we do have. Let’s lay it out… What Are the Hellbound Creatures? While the Hulk-like killers get most of the press, there are actually two kinds of supernatural entities in Hellbound : the “angels” and the “demons.” The “angels” are the creatures that deliver people’s death sentences. They manifest as a giant, floating face hovering ominously in the air, giving t
Post a Comment
Read more

November 23, 2021
House of Gucci director Ridley Scott confirms there’s a Blade Runner TV series in development, planned for a 10-hour long story. “Sir Ridley Scott turns 84 in 2 weeks, but the iconic director shows no signs of slowing down. With his latest film  The House of Gucci   hitting theaters this week, Scott is hard at work on adapting two of his most famous franchises,  Blade Runner   and  Alien , into live-action TV series.” Read more at The Mary Sue It’s Hawkeye week! Find out all you need to know before streaming the new Marvel show. “For starters, Hawkeye will be the studio’s only Disney+ show to date that focuses on one of the original heroes of the Marvel Cinematic Universe, with Clint Barton (Jeremy Renner) teaming up with MCU newbie Kate Bishop (Hailee Steinfeld) in the six-episode series. Hawkeye will also, notably, be Marvel’s first holiday-themed Disney+ title, with the series taking place in New York City during the Christmas season.” Read more at Inverse Itching to see
Post a Comment
Read more
More posts